Göbeklitepe, designated a UNESCO Site in 2018 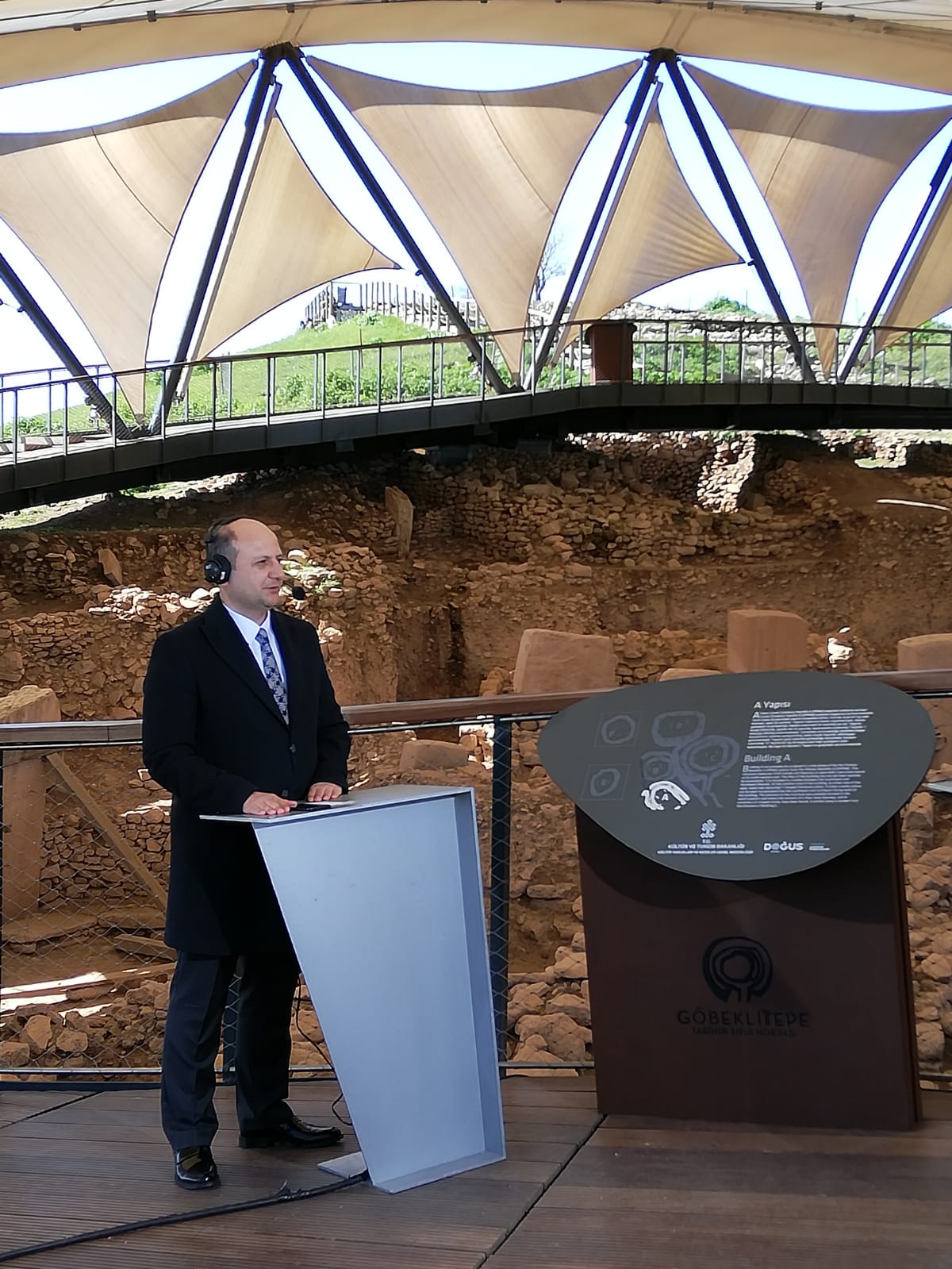 Göbeklitepe, globally recognized as the most important archaeological discovery of the last decades is situated near the rather small village of Orencik. The site is 300 by 300 meters in diameter and 15 meters in height with views over the surrounding areas.

Built some 12,000 years ago by then hunter gatherer communities as a cult (faith) center, Göbeklitepe saw the major transformation of the culture & societal state of mankind – a temple where beliefs, purification and memorials started being practiced.

Göbeklitepe has shattered the theories and models of the time period that is known as the Neolithic Period in archaeological history. One of the most important factors that makes Göbeklitepe so significant is the fact that 12,000 years Göbeklitepe was constructed by hunter gatherers, using only manpower and rocks, without the use of tools and machines. Göbeklitepe changed the history of Şanlıurfa as well as changing world history.

Göbeklitepe has refuted the idea that nomadic tribes switched to a settled life after discovering agriculture.  This concept was previously taught as standard history for years. While the transition to settled life is thought to have taken place with the emergence of farming and animal husbandry, it has been observed that the hunter and gatherer communities also settled down as a result of the continuous congregation in religious centers such as Göbeklitepe. The tribes have then turned to agriculture due to lack of resources to meet the needs of these communities in the environment. In other words, agriculture did not bring the settled life, agriculture was a natural result of the desire to stay close to the religious shrines.

Göbeklitepe dates back around about 6,500 years from the temple in Malta, 7,000 from Stonehenge and 7500 years from the Egyptian Pyramids. What makes Göbeklitepe different from other monumental structures apart from the fact that it was constructed 12,000 years ago is the that the erected stones symbolize a very distinct human being, that it reflects the neolithic peoples well developed symbolic worlds, how it represents the creative genius of the people of its time with the human and animal sculptures and stone mastery creating envy and awe in today’s artists and sculptors, and most importantly that after 1000 years of use, it was buried by the people of its time with the thought of preservation and the prospect of one day returning to the site. Many artifacts that have been recovered from Göbeklitepe are on display at Şanlıurfa museum which has received the award of Turkey’s best museum. Göbeklitepe which has been on the UNESCO temporary World heritage list since 2011 was designated the 18. UNESCO World Heritage from Turkey in the 42. World heritage meeting in Bahreyn.

We are excited to see you in Şanlıurfa which is home to the cave where Abraham, the patriarch of the three Abrahamic religions was born, Harran Ulu Mosque which is the oldest Islamic architecture mosque in Anatolia, Harran Kümbet houses, the oldest relics in the world at Göbeklitepe, the one and only mosaic that depicts amazon women hunting, the delightful Urfa Sıra Nights and of course my favourite the  world famous dishes çiğ köfte and ciğer kebab.